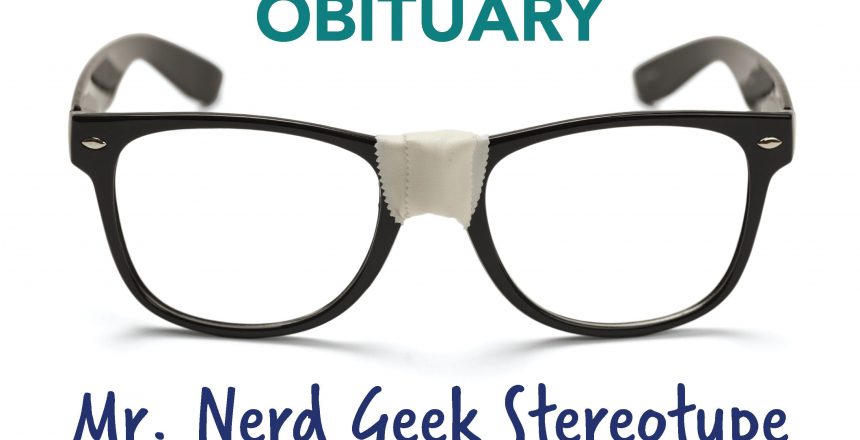 Mr. Nerd Geek Stereotype, ~70, was reported missing and presumed dead on January 1, 2019. Investigators say he was last seen somewhere along the US / Mexico border in Arizona, during what was supposed to be a covert operation ordered by the President, to which the secret was spoiled by an accidental tweet of the mission. The now public objective assigned to Mr. Nerd Stereotype, an active yet marginalized member of the Good Old Boys Network, and publicly known to be fond of awkward yet elicit locker room talk, was to research and design a more affordable prototype of a concrete wall – not a fence or row of steel slats – but a tremendously huge wall that would forever honor and immortalize it’s visionary.
Reports claim that Mr. Nerd Stereotype was seen on New Year’s Eve in Sedona, Arizona, wearing a white short sleeve starched button up dress shirt with an overstuffed pocket protector bulging at the breast, black bow-tie, red suspenders, dark high-water pants hiked up a little too high on his waist, loafers with exposed slouchy white athletic socks, and thick black-rimmed glasses that had been taped at the center nose piece. Hikers spotted him at Bell Rock early in the morning, a formation commonly believed to be a portal to other dimensions, with a heaps of gadgets spread out around him, and a cacophony of sounds reverberating from him and his heaps. Observers noted that he was very awkward and anti-social. Other reports claim that at sunset on 12/31 an odd man with similar clothing description was seen near Amitabha Stupa, Sedona’s most spiritual vortex that is near to the most significant hot spot of UFO activity, with night vision glasses, binoculars, and telescopes. Dr. Female Engineer who came across Mr. Nerd Stereotype said, “Having seen the man earlier in the day and again at sunset, I was curious about what he was doing. After all, I am a research engineer for SpaceX and some of his instruments were familiar to me.   I approached him to inquire about his exploration, and he became very frazzled in his speech, and couldn’t seem to look me in the eyes. He kept telling me that there is no way that a woman could understand what he was doing. As the snow storm blew in, he probably would have benefited from some help, but refused my offers of assistance, claiming I was too weak to be useful. So I left him and went on my way.”
Speculations from sources which asked to remain anonymous, suggest that Mr. Nerd Stereotype was commissioned to confirm support for the wall from extra-terrestrials, with the firm belief from said commissioner that this would persuade the American people, and thus the Democratic-held House of Reprentatives to fork over the requested $5.7 Billion. The Sedona mission was clearly thwarted.

Visitors to Organ Pipe Cactus National Monument, right along the US/Mexico border, about halfway between Nogales and Yuma, Arizona, reported that Mr. Nerd Stereotype was seen off a marked park trail about 9 AM on January 1, struggling to carry an oversized pack, stumbling profusely, and tangled in the brush. Concerned for his well being and their own safety, the visitors went to get help. However, they were quickly reminded that since the government was shut down there were no park Rangers available. They continued out of the park and called for assistance from public servants who were getting paid to work.
The search for Mr. Nerd Stereotype commenced about noon on January 1st and continued until after sunset to no avail. Since the operation had been made public by a rogue tweet, it is difficult to know his final fate.

When asking those in the search crew what they suspected, there were a variety of suppositions.  Mr. Nerd Stereotype may have been beamed up by a UFO, covertly rescued and hidden by government drones, trampled by javelinas and then eaten by mountain lions, discovered by the Tohono O’odham and transported to the Mission San Xavier del Bac where he escaped under his own illusion of danger – just to be lost again, captured and butchered by El Chapo’s men, trapped by a group of #MeToo movement claimants, and a number of more tales of mystery related to the disappearance.
In a public statement by White House spokesperson, the White House denies any affiliation or involvement with Mr. Nerd Stereotype’s supposed mission and disappearance. The President tweeted in response, “THIS IS FAKE NEWS… and oh yea, it’s a very scary time for men. Plus, I will build a Great Wall.”

Since the public announcement, conflicting reports of Mr. Nerd Stereotype’s last whereabouts have come in. 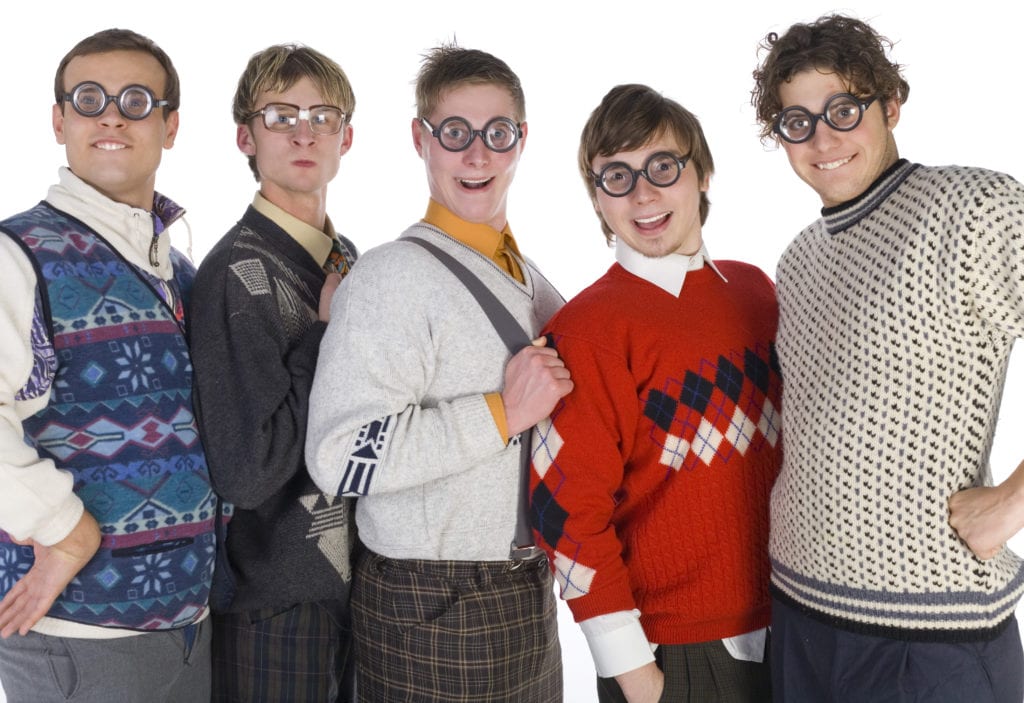 Mr. Game Fanatic and others claim that he was in a marathon battle royale within Fortnite over New Year’s Eve, and suddenly logged off mid day on the 1st.
LARP (Live Action Role Playing) group called Geek Squad claims that Mr. Nerd Stereotype was with them at a local Boy Scout Camp for a regular weekend of LARPing when a NPC (Non-Player Character) approached the group on the morning of Jan 1 and said, “I’m a nasty orange orc and I’m going to build a wall to prevent you from passing.” In response to the threat, the group frantically began to spring into action to determine an appropriate response, and stated that Mr. Nerd Stereotype mysteriously disappeared during the shuffle.
Mr. Comic Book Fan of the Year (2018) claims that he and Mr. Nerd Stereotype were amongst friends on New Year’s Eve drafting an emotional ode to the life and legacy of Stan Lee. “After hours and hours of writing and toasting to Stan Lee, we all passed out. When we woke up midday on the 1st, he was gone.”
Ahead of the 2019 CES (Consumer Electronics Show) in Las Vegas, it was reported that Mr. Nerd Stereotype was in Vegas on New Year’s Eve with a small group of amateur poker players, with hopes of practicing their card counting skills. In what would be his ultimate game of chance, Mr. Nerd Stereotype was reported missing after a shuffle with security officers who intervened due to a blundering and desperate groping incident with a waitress.
High school friends of Mr. Nerd Stereotype reported that every New Year’s Eve, they gather to play Dungeons and Dragons all night long, and this year Nerd G, as they call him, was the Dungeon Master.  “About midday on New Year’s Day, the heroes (that’s the rest of us) stumbled upon a sleeping goblin laying across a pile of gold coins, and we decided that we would work together to steal the coins and ultimately distribute them to immigrants stranded in detention centers. We took a quick break to get some food and relieve ourselves, and Nerd G was no where to be seen afterwards.”

Another explanation is that the stale Nerd Stereotype no longer serves us, and must be relegated to the history books, photo albums, and media archives of yore.

While the details regarding Mr. Nerd Stereotype’s disappearance remain unclear, the fact remains that he shouldn’t be missed if he stays dead. You can choose which version you want to believe or share your own story in the comments.
Regardless, may Mr. Nerd Geek Stereotype rest in peace, never to marginalize others from the enjoyment of science, technology, engineering, or math (STEM), or from considering a rewarding career in these fields. We can love and do STEM and be cool, too. 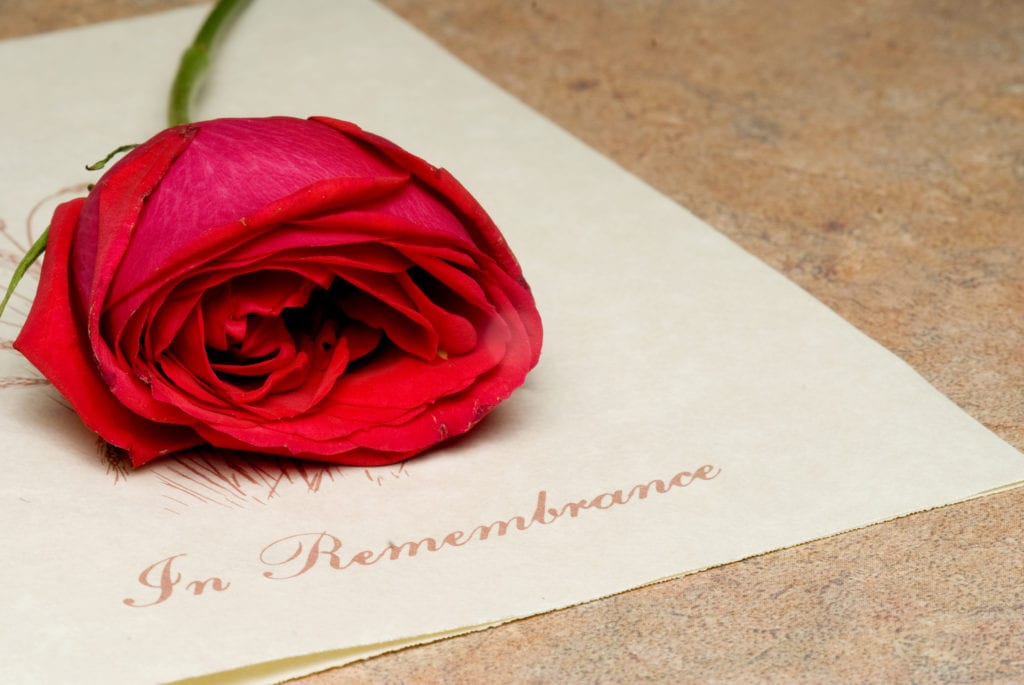 If you strongly identify with or simply love Nerd Geek, that’s absolutely fine. You be you. Seriously!

However, in lieu of flowers or gifts, the family asks that you please just don’t assume or continue to perpetuate a gross characterization that because someone is good at or does anything STEM-related that they also identify with or love Nerd Geek. This narrow narrative hurts efforts to diversify and grow the STEM workforce.

For more rationale on why we should stop using the words nerd and geek: