What is Design? Design is Creativity Unleashed 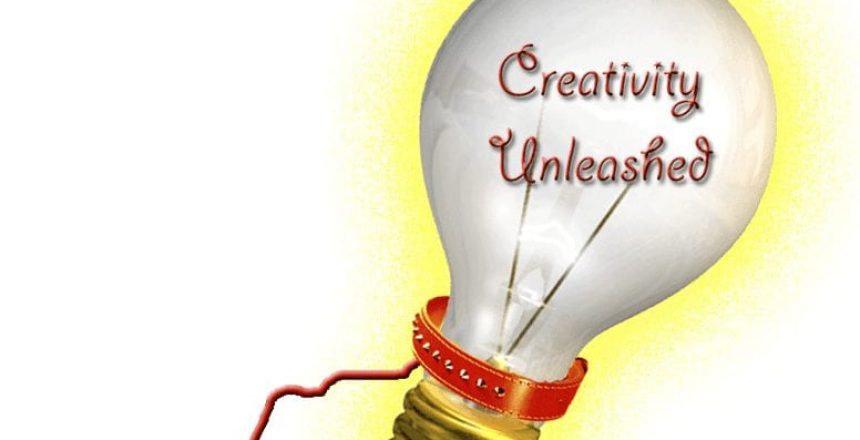 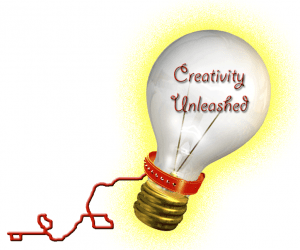 The National Academy of Engineering 2004 report, The Engineer of 2020: Visions of Engineering in the New Century, creativity is described as one of the key attributes needed to support the success and relevance of the engineering profession in 2020 and beyond.

“Creativity (invention, innovation, thinking outside the box, art) is an indispensable quality for engineering, and given the growing scope of the challenges ahead and the complexity and diversity of the technologies of the 21st century, creativity will grow in importance (NAE, p55).”

Creativity has been usually defined as a person’s ability to produce a novel and appropriate product. The issue of how to enhance design creativity has been vigorously discussed among design researchers and educators (Kim 2007). Rowland lists creativity as one of the core competencies of design, and describes it as “a general skill and a competence in using formal techniques to enhance creativity, as opposed to an emphasis on efficiency and technological know-how (Rowland 2004).”

All of this discussion of creativity challenged me to consider how creativity is taught. When looking back on my own experiences, I remember always being applauded for creativity in my school work, and I since became curious how I learned? Growing up, my mother had a craft closet full of whimsical things available for me to use to create anything I could imagine. In addition, my parents purchased the Childcraft Library from World Book (Figure 1). My favorite volume was number 11, Make and Do. I loved flipping through that volume to get ideas for something I could create, or some project I could do. I was always drafting plans for things that Daddy could help me build in his shop. Another thing I did prolifically as a child, was write. I would very often make up homework for myself that would involve writing some imaginative story that integrated what I was learning in school into some creative fable[MCP1] , or write mini novela’s about all of the adventures in my head. Why did I do all of this? Was I something special or unique? As much as I’d like to think so, I’d have to say, probably not. I believe what helped me to develop creativity was the fact that I was actively encouraged to imagine, design, and create as often as possible. With all of this freedom to design and create, I learned to structure my own problems and become comfortable with ambiguity, what I know believe to be two key tenets of design philosophy. Design is creativity unleashed.

Learn to structure my own problems

Rowland wrote that there is a generative dance between knowledge and knowing. He informs that the dance “is guided by both creativity and defined patterns, perhaps patterns in general and creativity in particular, and these patterns are suggested and actions facilitated by external stimuli that have been created and selected purposefully to induce particular types of activity. It generally occurs in an environment that has great influence on behavior (Rowland, p38).” Perhaps as a child, my parents chose to initiate my dance by providing me with an environment that facilitated independent creative activity, and in turn influenced learning. Why would this be important?

Svinicki described learner-centered cognitive models as it relates to motivation.  Strategic learning, based on various versions of constructivism, is “the concept of a learner who sets goals, marshals resources, makes strategic decisions about resource use, and evaluates the entire process in an ongoing manner (Svinicki, p13).” In my experience as a child, I had many available resources, but also a responsibility to manage those resources in my designs, whether the resource was paper, paint, or pipe-cleaners. I was challenged to construct my own problems, and then set goals for creatively solving those problems. This unleashed freedom in an independent environment allowed me to construct my own learning through the structuring of problems.

Design problems are said to be “ill defined” or “wicked” problems, where the problems and solutions are both unclear and must be discovered by the designer. “Design thus involves as much problem “setting” as problem solving (Rowland 2004).”  Due to the complex nature of design problems, the problem solver is required to engage in extensive problem structuring (Jonassen 2000, p80). Goel & Pirolli define problem structuring as “the process of drawing upon our knowledge to compensate for missing information and using this knowledge to construct the problem space (Goel & Pirolli, p413).” In their study on the structure of design problem spaces, they found several phenomena that appear to differentiate problem-structuring activities from problem-solving activities, two of which include:

Learning as a child to 1) recognize a problem space, and 2) structure a problem within that space, I believe allowed me more freedom to be innovative for my design to solve the problem. Ill-definedness is not a property of the problem, as it is merely the perception of the designer, and “one that appears to grow rather than diminish with greater expertise (Rowland).” Therefore, by becoming comfortable with structuring problems that appear ill-defined at a young age, creativity can be unleashed as expertise develop.

Be comfortable with ambiguity

Rowland listed creativity as one of the core competencies of design, as well as “tolerance for ambiguity.” He describes this tolerance as “an embrace of uncertainty, rather than a reduction to simple and recognizable forms to which routines may respond (Rowland 2004).” As  previously described, design problems are said to be “ill defined” or “wicked” problems, where the problems and solutions are both unclear and must be discovered by the designer. The ambiguity that these “wicked” problem spaces present may hold any of the following characteristics: (Figure 2)

In describing an experiment by Bryan Lawson (1979) investigating how designers tackle a design-like problem, it was found that designers were “accustomed to dealing with the chaotic problems of their profession… their creativity and analytical skills were focused on the solution, not on the problem (Lawson & Dorst, p28).” The designers studied had become accustomed to the ambiguity of design problems and could then focus their skills on creatively reaching the solution. However, the stages of design between the problem and the solution are not so explicit. In an earlier work by Dorst, he confirms that that “creative design involves a period of exploration in which problem and solution spaces are evolving and are unstable until (temporarily) fixed by an emergent bridge which identifies a problem solution pairing (Dorst, 2004).” This instability is the ambiguity designers must come to tolerate. Dorst further describes this as co-evolution of problem and solution.

In an effort to arrive at a closer description of underdetermined problem solving, Dorst & Cross used an empirical study to describe the co-evolution of the design problem and the design solution. By taking a closer look at the creation of solutions to underdetermined design problems, Dorst identified that it seemed to be a much more gradual process, like an evolution. “Creative design is not a matter of first fixing the problem (through objective analysis or the imposition of a frame) and then searching for a satisfactory solution concept. Creative design seems more to be a matter of developing and refining together both the formulation of a problem and ideas for a solution, with constant iteration of analysis, synthesis and evaluation processes between the two notional design ‘spaces’ – problem space and solution space (Dorst 2004).” Therefore, in creative design, the designer is seeking to generate a matching problem-solution pair, through a ‘co-evolution’ of the problem and the solution. “The creative event in design then may not be so much a ‘creative leap’ from problem to solution as the building of a ‘bridge’ between the problem and the solution by an idea (Lawson & Dorst, 2008, p38).”

In Kim’s study examining different cognitive processes in design problem solving in relation to creativity, it was found that expert designers decided design concept later than student designers, and the later the design concept is decided, the more creative the product made (Kim, p602). This promotes the idea of co-evolution of the problem and solution for expert designers. Therefore, the more experience a designer has at negotiating ambiguity between the problem and solution, the more creative the outcome will be. Discovering the ‘bridge’ between the problem and the solution allows the designer greater flexibility and can unleash creativity.

Can you teach creativity in design? YES! By providing opportunity for students to learn to construct their own problems and to become comfortable with ambiguity all within an environment that fosters independent resourcefulness, a student can develop creativity. If we want to educate engineers to be expert designers, it is best to start this process early so that it becomes an adaptive expertise (HPL, p45).

This paper was written for a course: Design & Cognition, taught by Dr. Robin Adams, at Purdue University – December 2009.

Rowland, Gordon. 2004. “Shall We Dance? A Design Epistemology for Organizational Learning and Performance.” ETR&D 52:33-48.

[MCP1]For example, in the first grade, we were given a list of vocabulary word to learn how to spell by the end of the week. I told my mother that I had to write a story using all of the words, have it typed and turned in the next day.  Certainly, this was a tall tale in and of itself, but that story was so impressive to my teacher, that it was literally my ticket to be moved up to the “plus” class. Mrs. Monson took that typed story to the Principal, and the Principal then gave it back to my parents when they met to discuss the class move. Just a couple of years ago, my mom and I were discussing this and I asked her is she knew I’d made up the assignment…. And she didn’t know!