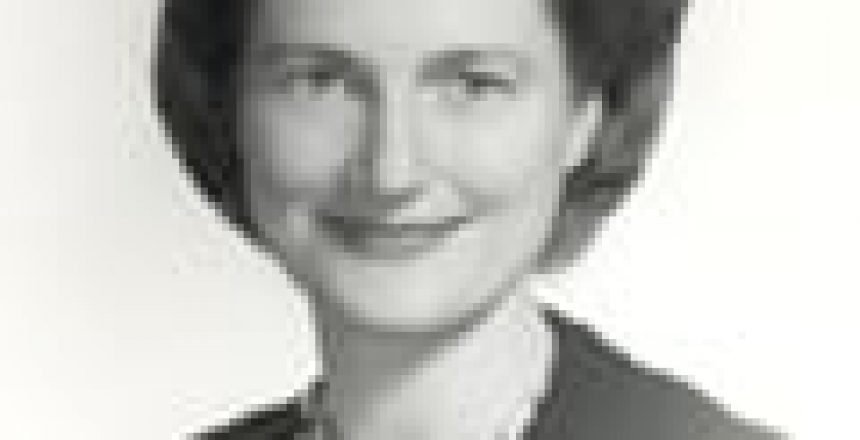 In 1971, Erna Hoover became one of the first women in the US to receive a software patent when she was issued patent No. 3,623,007 for a computerized telephone switching system. Erna was born June 19, 1926, in Irvington, New Jersey. She and her younger siblings were raised by their dentist father and former teacher mother in South Orange where Hoover attended public school. As a child, Hoover enjoyed swimming, sailing, and canoeing in the Adirondacks, and was always welcome in the boys’ softball games. Interested in science at an early age, Hoover read Marie Curie’s biography, which taught her that women could succeed despite the odds and the prevailing wisdom of the time.

[quote]Erna Hoover became one of the first women in the US to receive a software patent when she was issued patent No. 3,623,007 for a computerized telephone switching system[/quote]

Hoover attended Wellesley College and graduated with honors and a B.A. in medieval history in 1948. She was a member of Phi Beta Kappa and was a Durant Scholar. During this time, a degree in history was a culturally acceptable degree, when most degree earning women studied education, English, or foreign languages[1]. Hoover attended Yale University to earn a Ph.D. in the philosophy and foundations of mathematics.  Her 1951 dissertation was titled “An Analysis of Contrary-to-Fact Conditional Sentences,” a study of logic. In first four decades of the twentieth century, women earned about 14.3% of the mathematics Ph.D.’s granted to Americans for that period. However, as in other fields, the 1940s led to significant change. Starting in the 1940s the percentage of Ph.D.’s awarded to American women in mathematics plunged until it reached a low of 5% in the 1950s. This drop reflects both a decline in actual numbers of women in the 1940s and 1950s from 1930s levels, as well as the tremendous influx of men into the graduate schools after World War II[2]. Hoover was one of the 5% in earning her Ph.D. in mathematics.

After graduating, Hoover taught philosophy at Swarthmore College, though resigned a few years later in order to relocate to New Jersey when her husband got a job there. Erna was hired as a researcher for Bell Laboratories in 1954. Bell Labs had just begun exploring the development of electronic switching systems (ESS) for use not only by the public telephone systems but also for private business exchange systems, seeking to improve the ability to take a greater number of calls. Promoted in 1956, Hoover entered into Bell Labs’ internal training program the following year, which was the equivalent of a master’s degree in computer science.

Hoover’s background proved invaluable, since the symbolic logic she wrote her dissertation on, has applications in switching circuit design. Using her knowledge of feedback theory and analyzing traffic and pattern statistics, she designed the stored program control. By putting a simple theory into practice through the complexities of computer programming, Hoover eliminated the danger of overload in processing calls, earning one of the first software patents ever awarded. The system was developed to regulate the number of incoming telephone calls that could be accepted at any given time, as a means of preventing overload. Prior to the system’s development, most businesses made use of hardwired or mechanical switching systems that were unable to deal with many incoming calls at the same time. Hoover’s switching system was the first reliable device to use computer techniques, including transistor circuits and memory-stored control programs. Technological communication became revolutionized.

The first stored program control system went into service in a private business in 1963. By 1983, 1800 of the switching systems served 53 million subscriber lines. Today’s businesses and public systems are using a direct descendant of the first system. Even the internet relies on SPC to help route billions of emails.

It is most interesting to note that Hoover developed her initial design for her switching system while she was in the hospital recuperating from the birth of her second child. In her leadership at Bell, she went on to develop computer programs designed to ensure that outdoor telephone lines remained in good working order as well as researched radar control programs of the Safeguard Anti-Ballistic Missile System, which was designed to intercept intercontinental ballistic missile warheads, and contributed to the ending of the cold war. She was promoted as the first woman to Technical Department Head at Bell Laboratories in 1978.  Her department applied artificial intelligence techniques, large databases, and transaction systems in order to support telephone operations through the use of software. Hoover retired from Bell in 1987.

[quote]Mrs. Hoover was promoted as the first woman to Technical Department Head at Bell Laboratories in 1978.[/quote]

Upon retiring, Hoover began publicizing the importance of K-12 education, focusing on lack of female representation in STEM. She developed the first Conference for the Expanding Your Horizons program in association with the American Association of University Women and Girls Scouts of America. A champion of affordable, quality public education, Dr. Hoover joined the New Jersey Board of Higher Education in 1983 and has served as chairperson of the Trenton State College Board of Trustees since 1980. In addition, she is a member the American Association of University Women, and several community groups. Hoover was also the recipient of the Wellesley College Alumni Achievement Award in 1990.

When considering the prevailing wisdom of the 1950s that women belong in the home, Hoover’s accomplishments are all the more notable. Hoover’s husband, Charles Wilson Hoover, Jr., whom she married in 1953, was extremely supportive of her work and pleased that his wife had career interests.

A pioneer in her field, Erna overcame countless challenges in a man’s world. If not for women like Erna  who have worked to improve the landscape for women in technical fields, people like myself, a young female engineer, would not have the opportunities we are frequently afforded today. It is my goal to be a leader, like these women, and pave the way for the next generation of women interested in pursuing technical careers.

Do you know a female engineer who has been a role model and inspiration to you? Share your story in the comments below.

Read other spotlights on leaders.